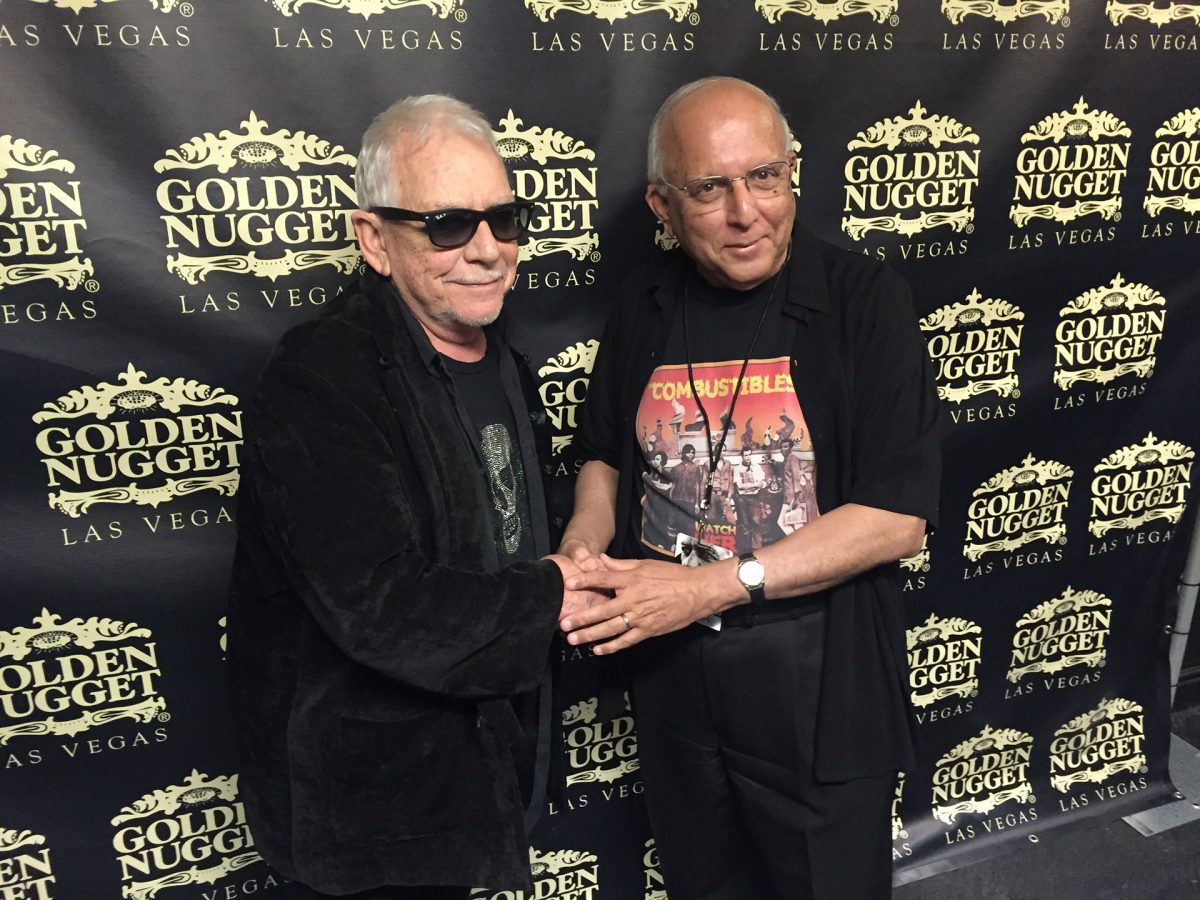 Six months after the first encounter with Eric Burdon at the Golden Nugget in Las Vegas on November 20, 2015, Eric is back at the same location with his new band on May 27, 2016. This time, thanks to the kindness of Marianna Burdon, there is a special opportunity for Nissim to meet and talk with Eric for a short while before the concert. An amazing experience with a rock icon, talking about rock ‘n’ roll and the Bombay live rock scene and The Combustibles playing House of the Rising Sun at the Shanmukhananda Hall fifty years ago! 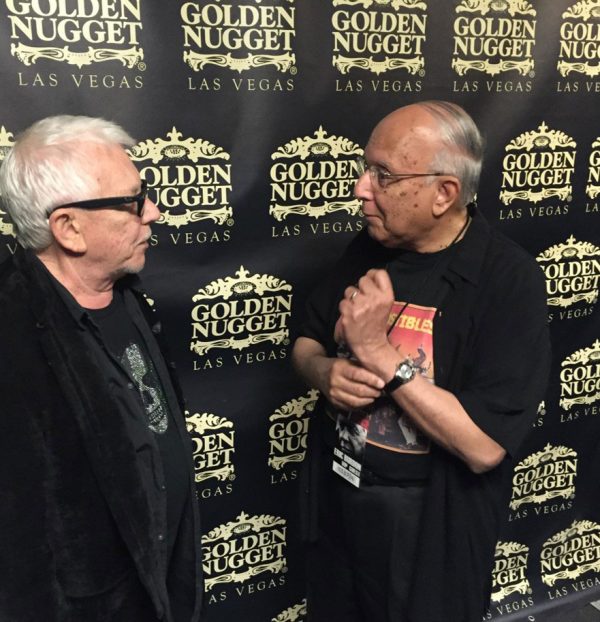 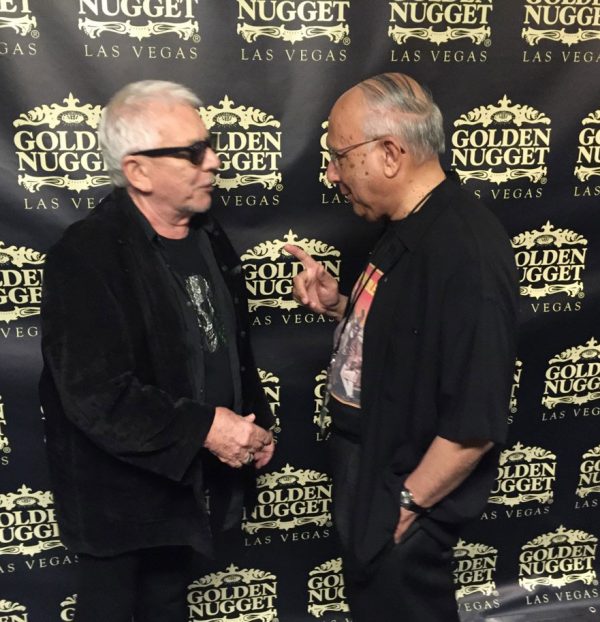 Other stories are shared too – including a hard to believe coincidence about Eric and Nissim using the same barber, Dave Carroll, in Lahaina, Maui (Hawaii) ten years earlier. Eric was visiting Maui where Nissim lived for many years – and Dave is a well-known local singer and song-writer too. A very small world indeed…

Johnzo West (guitar) and Evan Mackey (trombone) from Eric’s band – taking a look at The Combustibles re-issued Watch Her 45 rpm vinyl! And amazed to hear how it all came about. Johnzo writes later to say that the single now occupies pride of place in his living room at home! 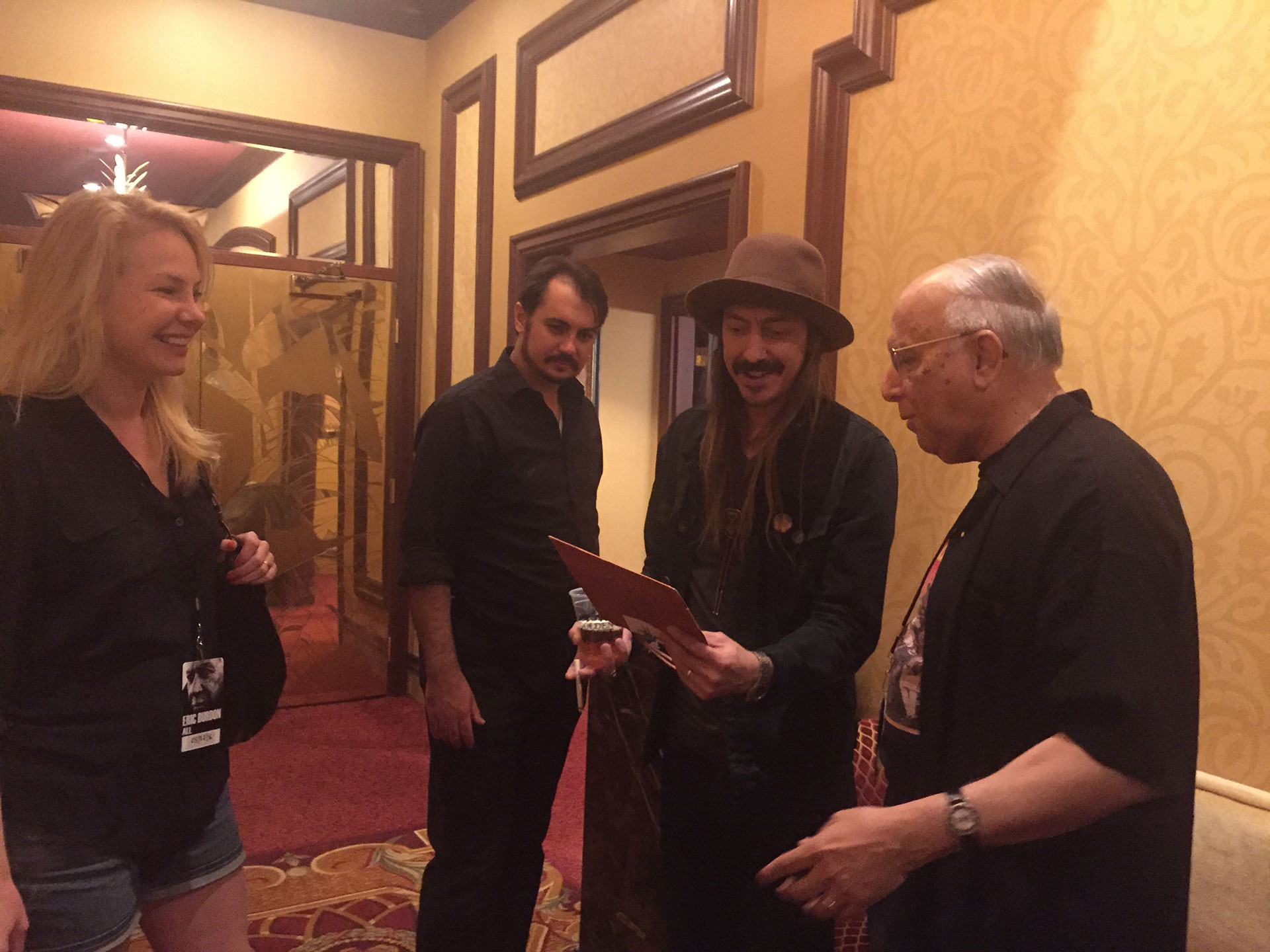 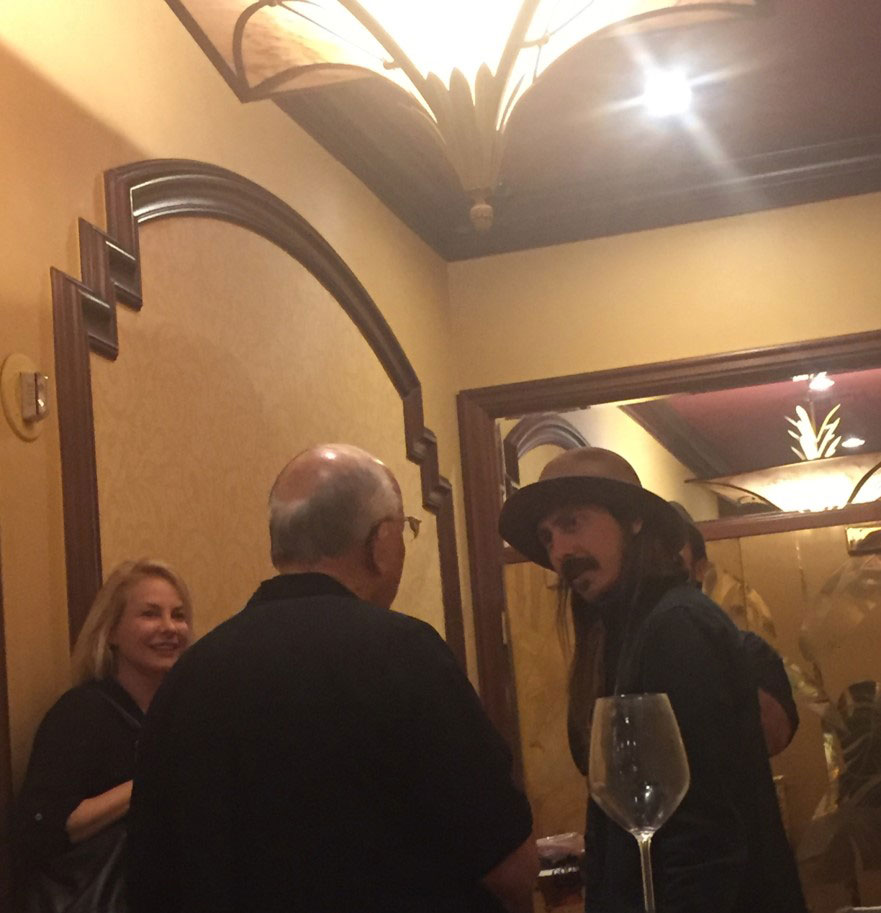 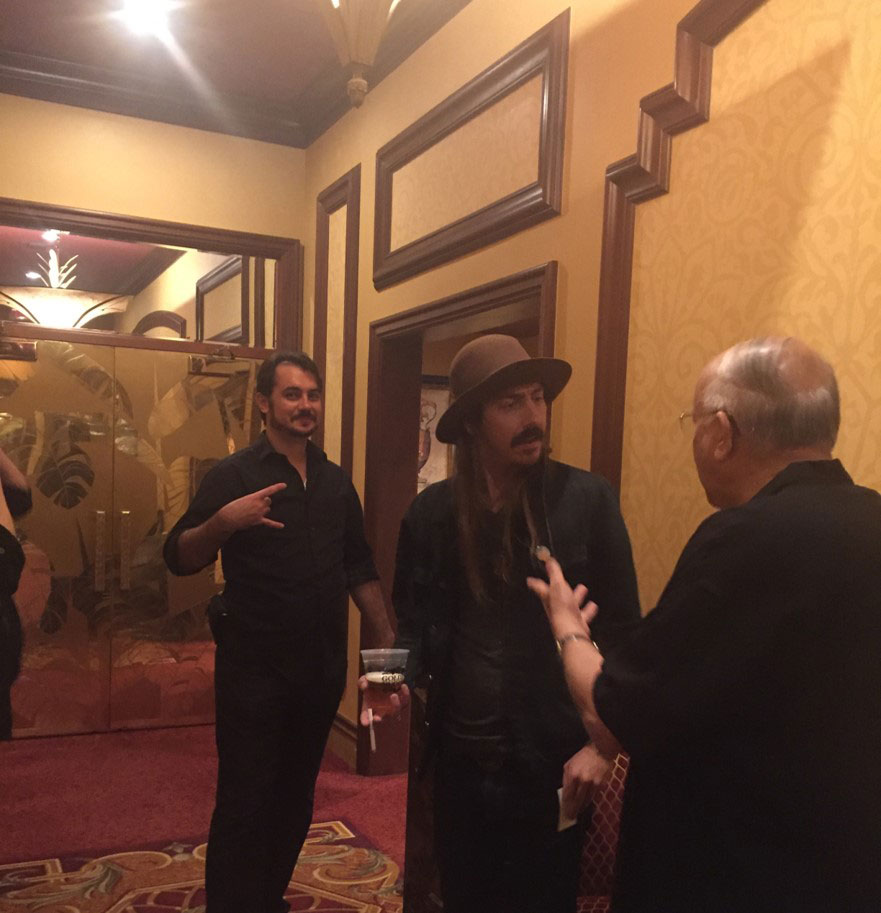 Thanks to Eric, Marianna, Johnzo and Evan for adding to decades long memories and creating another unforgettable experience. 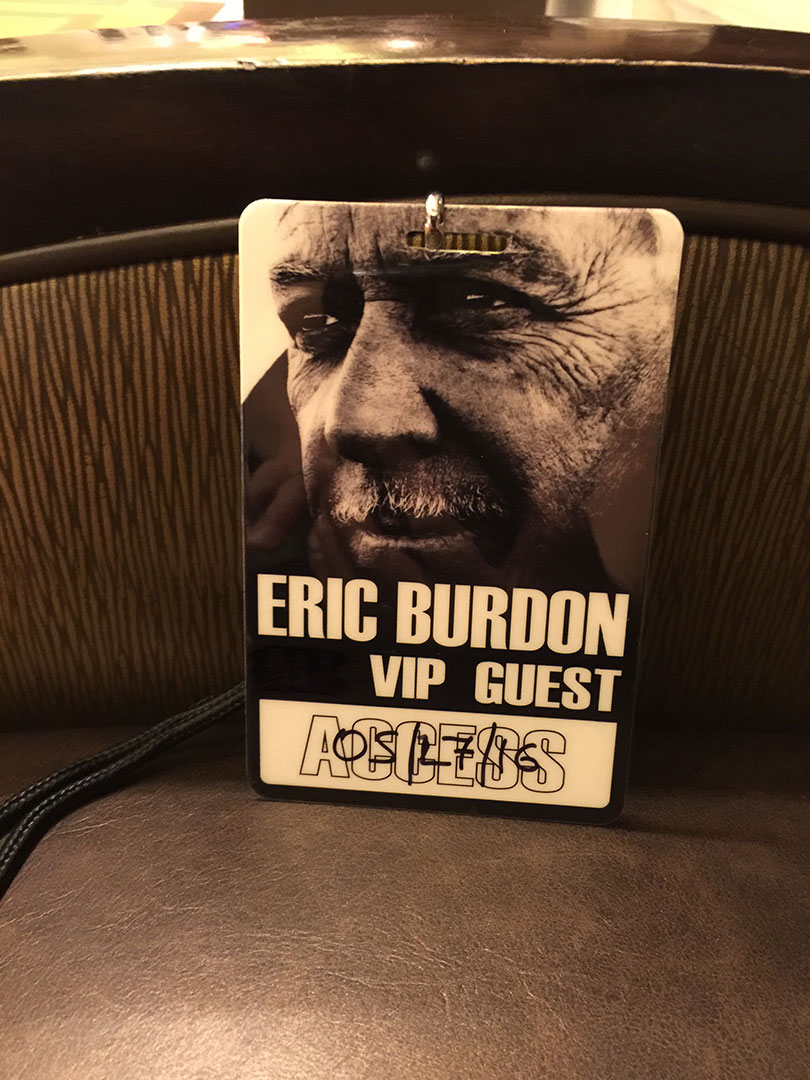