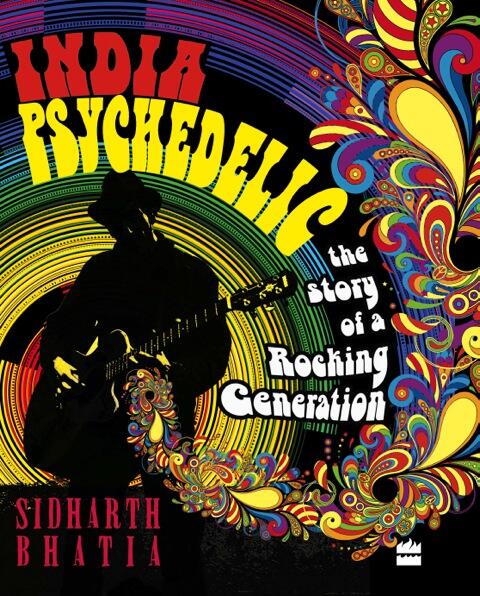 Sidharth Bhatia’s colourful and incisive new book tracks the cultural history of India as seen through the journey of the country’s iconic bands. It was an attempt by a new, post-independence generation – midnight’s children – to assert their own voice. Theirs was a voyage of self-discovery, as they set out to seek freedom and liberation from older attitudes and values. At the end of this era, nothing – politics, society and fashion – would ever be the same again.

“India in the 1960s and early 1970s: a nation of perennial shortages. Into the staid and conservative landscape come floating in the sounds of ‘Love, love me do’. Four young boys from Liverpool in 1962 set off a storm that swept teenagers in every remote corner of the world. In socialistic India, too, youngsters put on their dancing shoes to groove to this new sound, so different from anything they had heard till then. Some grew their hair, put on their bell-bottoms and picked up their guitars and the Indian pop and rock revolution was born.” — HarperCollins India

Sidharth Bhatia Talks About The Book:

Time Out Mumbai
Rolling Stone (India) – January 2014 – “Rock of Ages”
Amit Gurbaxani (Mumbai Boss): Take A Rock Music Tour of South Bombay
Times of India: The Times They Were A Rockin’
“Sex, Drugs and Rock & Roll: Ok, No Sex, it is India After All” – NME India, March 19, 2014
“Retrospect: In Conversation With Sidharth Bhatia About Psychedelic India & The 60s” – Homegrown (April 16, 2014)

Reviews of the Book

Book Can Be Ordered Through:

“My Time Out article about Led Zeppelin in Mumbai (Zep code, May 2011) was the trigger [for the book]… This was the first generation which did not have the Raj on its head. This was a generation that was finding different ways of expressing itself. So I needed to find a device and my device was rock music because it’s such a niche upon a niche, small bubble world. It’s a story about madness, freedom, passion, but most of all self-expression.” — Sidharth Bhatia