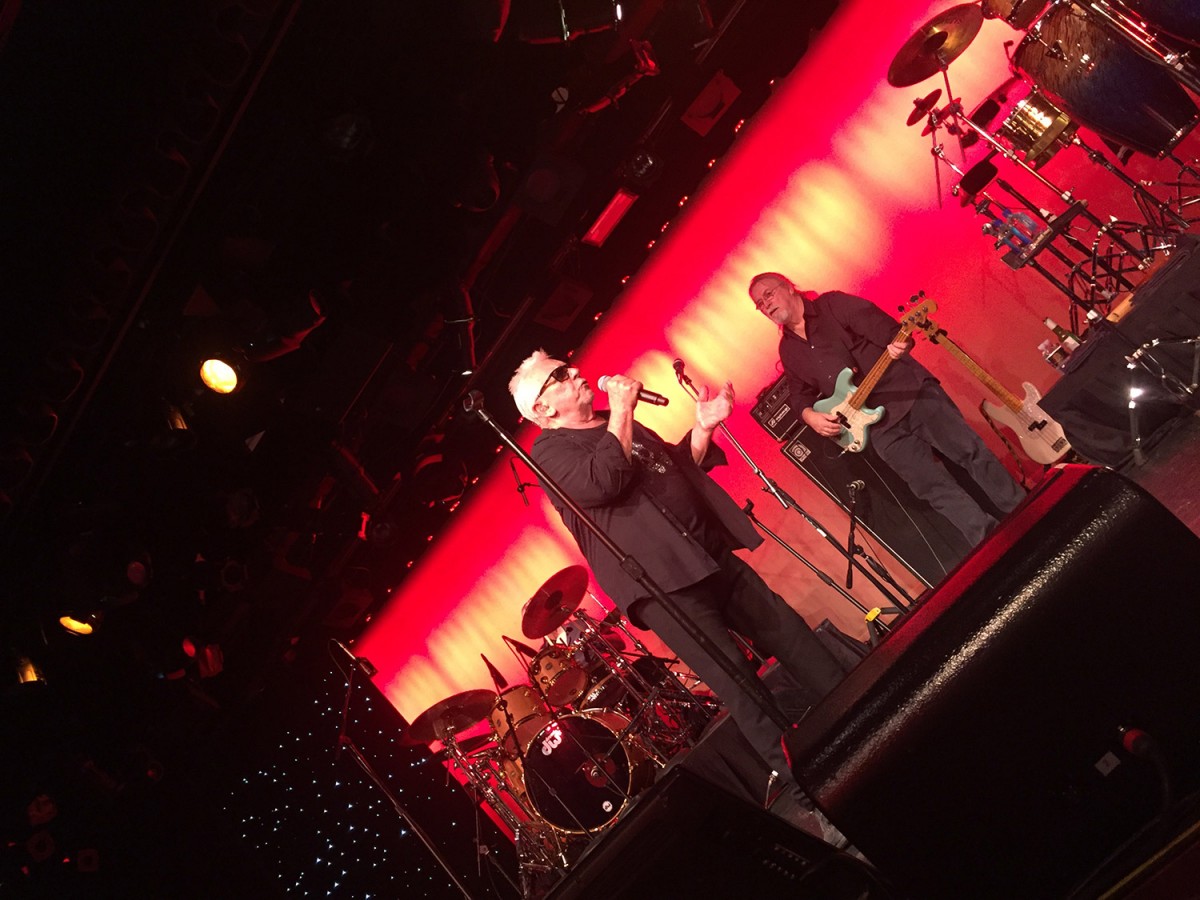 It was December 1968 in Bombay – the India-wide finals of the 1st Simla Beat Competition – and The Combustibles brought the house down at the venerable Shanmukhananda Hall with their interpretation of Eric Burdon & The Animals’ House Of The Rising Sun. Everett Perry (Vocals), Christopher Valles (Lead Guitar), George Taylor (Bass Guitar), Lionel Taylor (Rhythm Guitar) & Croyden Maben (Drums) were voted the most popular band on stage by the sell-out crowd of over 3,000. Fast forward forty-seven years to November 20, 2015 at the Golden Nugget Casino in Las Vegas. Eric Burdon and his incredible band put on a show for the ages and Nissim Ezekiel (rhythm guitarist with The Combustibles from 1969-72) has the great fortune to watch Eric in concert from the first row in an intimate theater environment. The set-list includes Animals’ classics such as Don’t Let Me Be Misunderstood, We Gotta Get Out Of This Place, Boom Boom & It’s My Life and new songs (Water, Bo Diddley Special) from Eric’s new solo album – ’Til Your River Runs Dry – and the house is brought down again!

After the concert, with the help of author Philip Payne (Eric Burdon: Rebel Without A Pause), a copy of The Combustibles’ 45 rpm re-issue of Watch Her/Some Peace of Mind is delivered backstage to Eric and his wife Marianna graciously acknowledges that the record has been received. Now, fifty years after The Combustibles first heard The House Of The Rising Sun, Eric may be listening to Watch Her, with the promise of Some Peace of Mind! 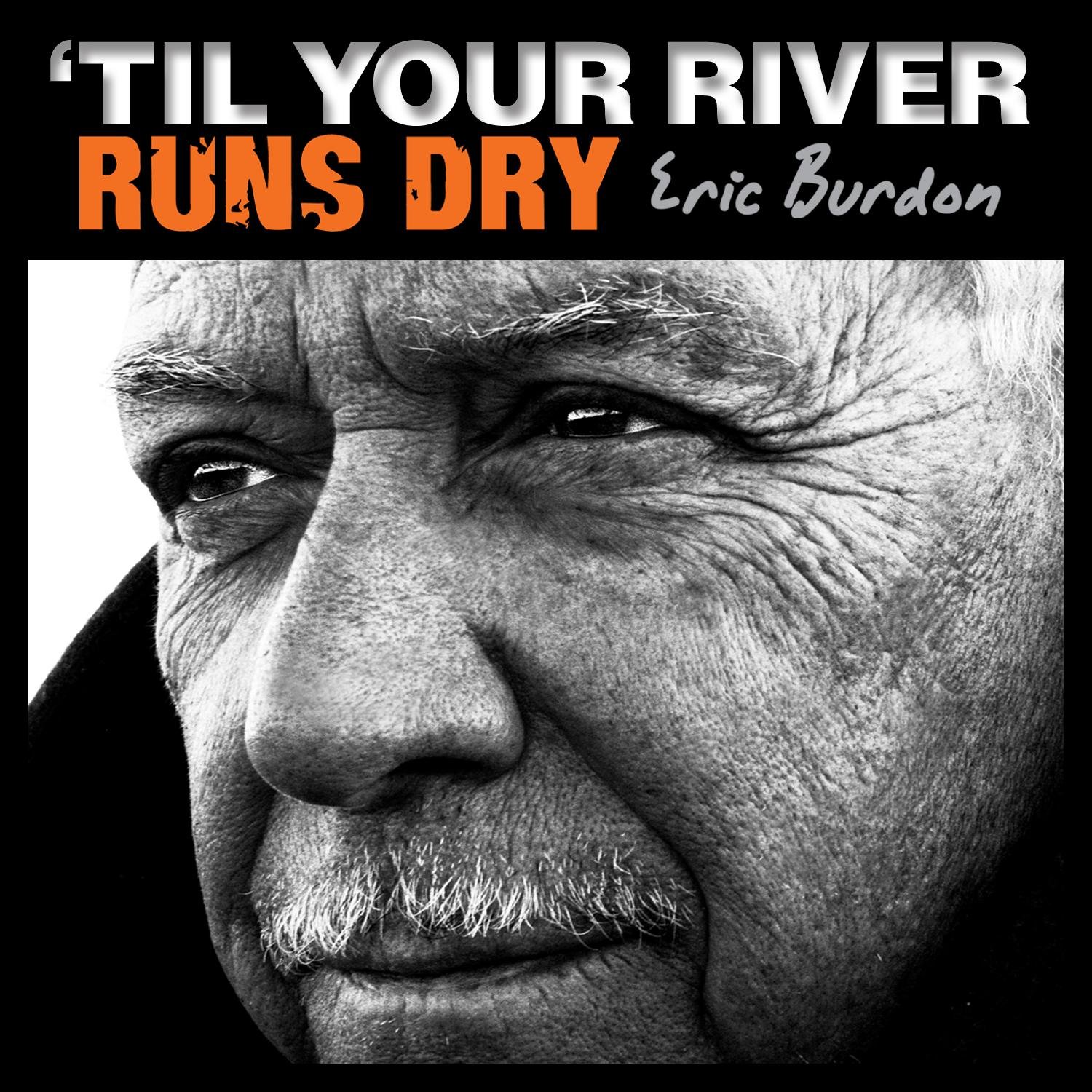 The magic is still there… 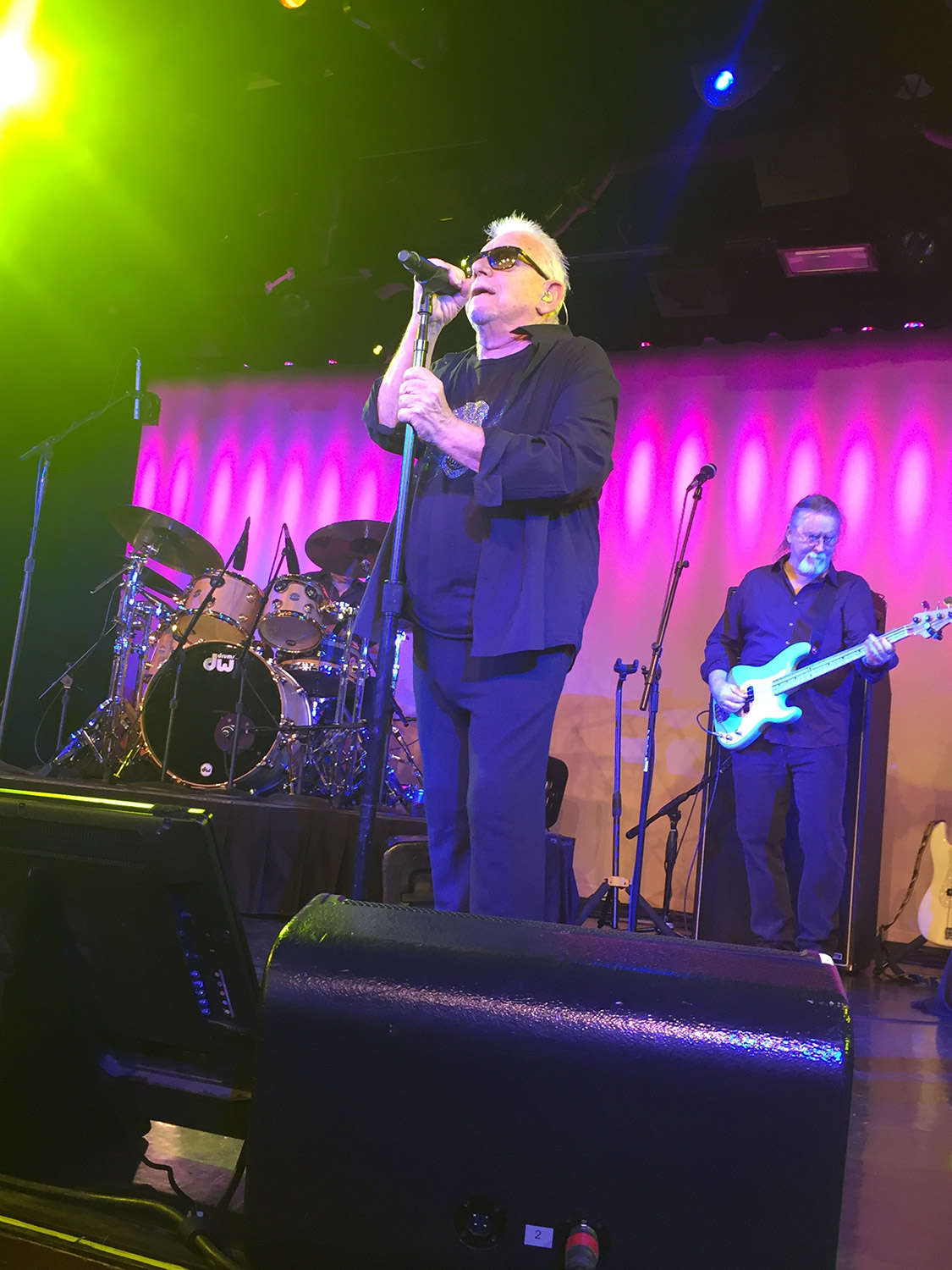 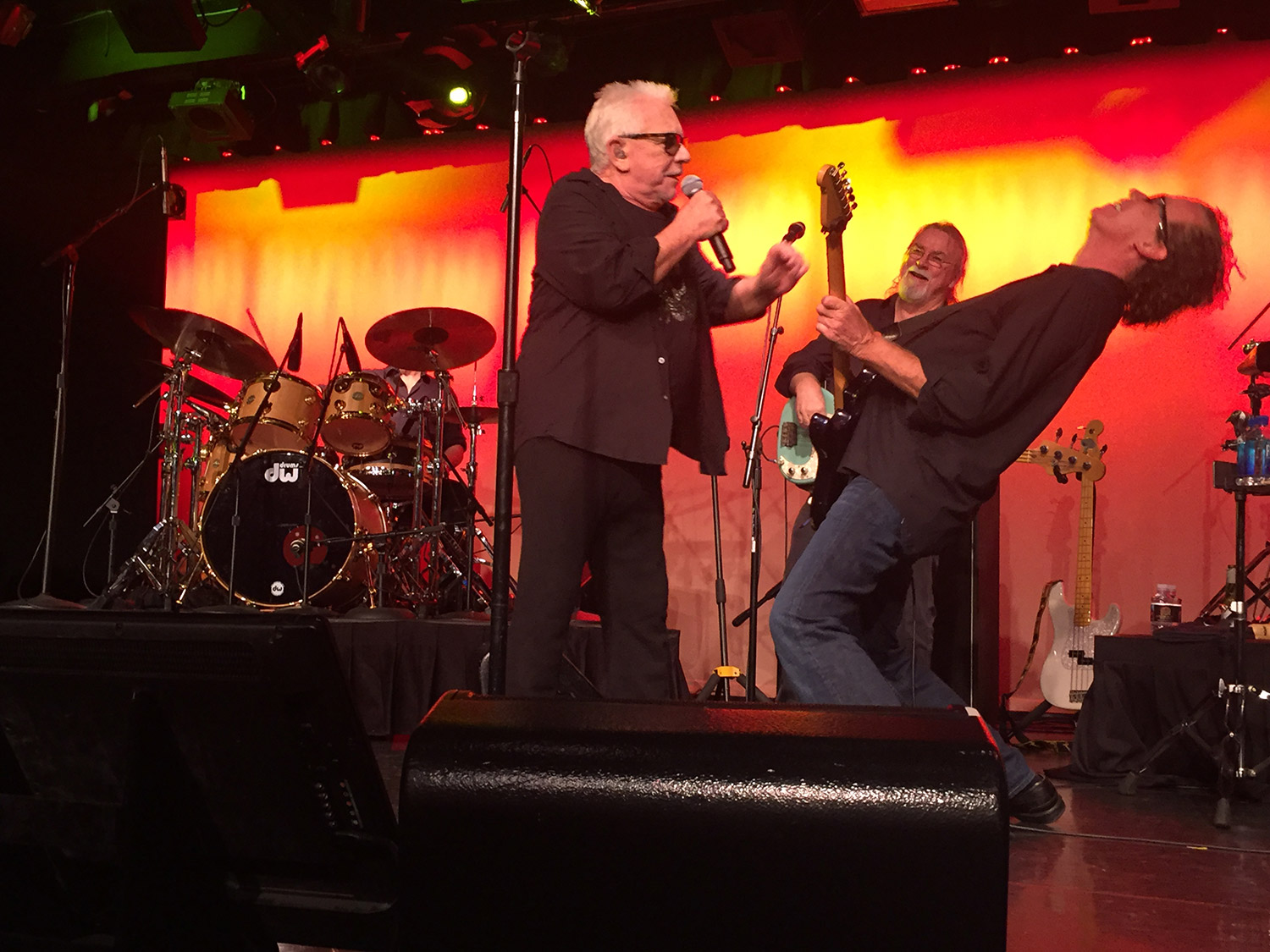 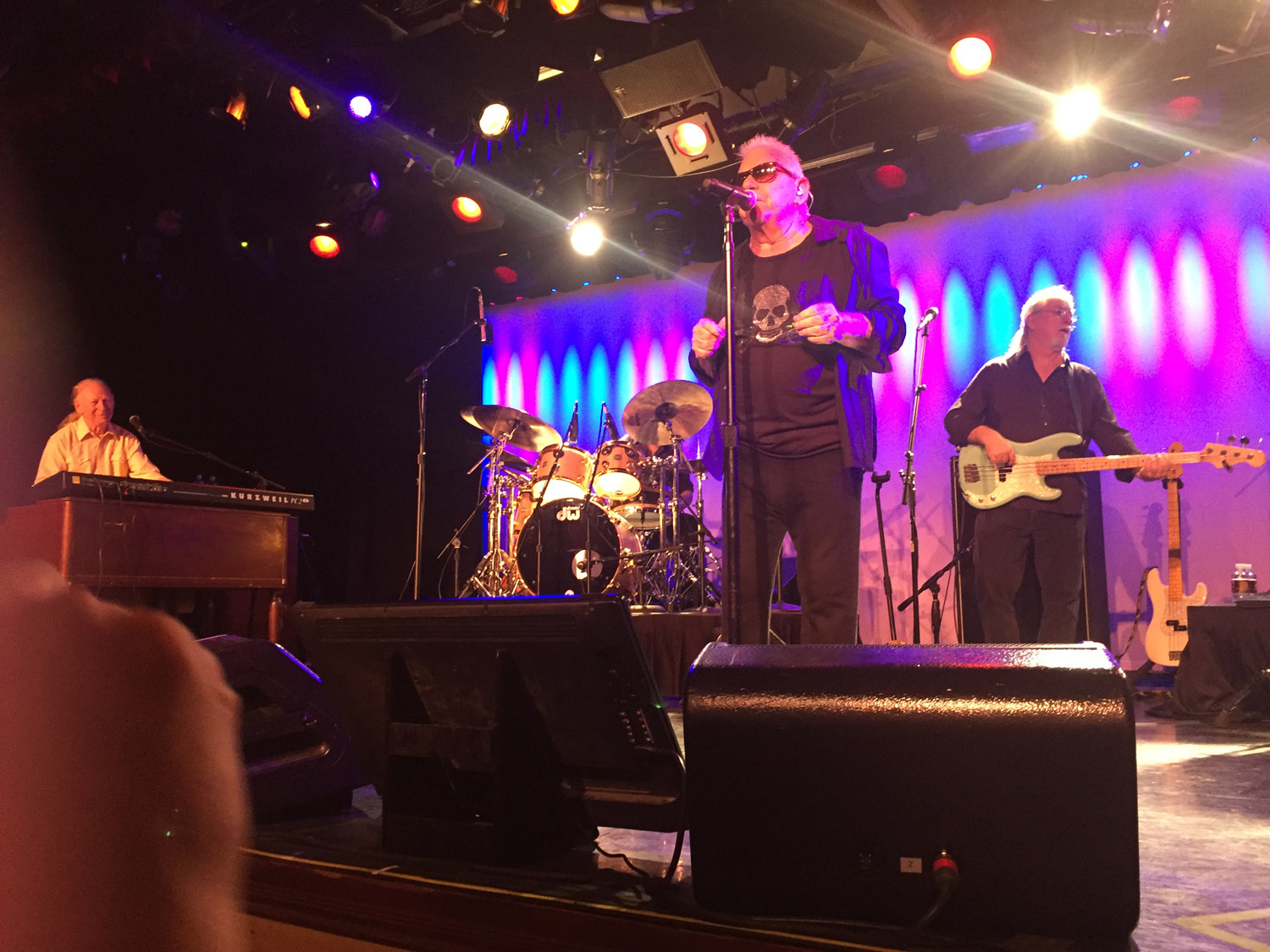 So, yes indeed Eric Burdon & The Animals are back… 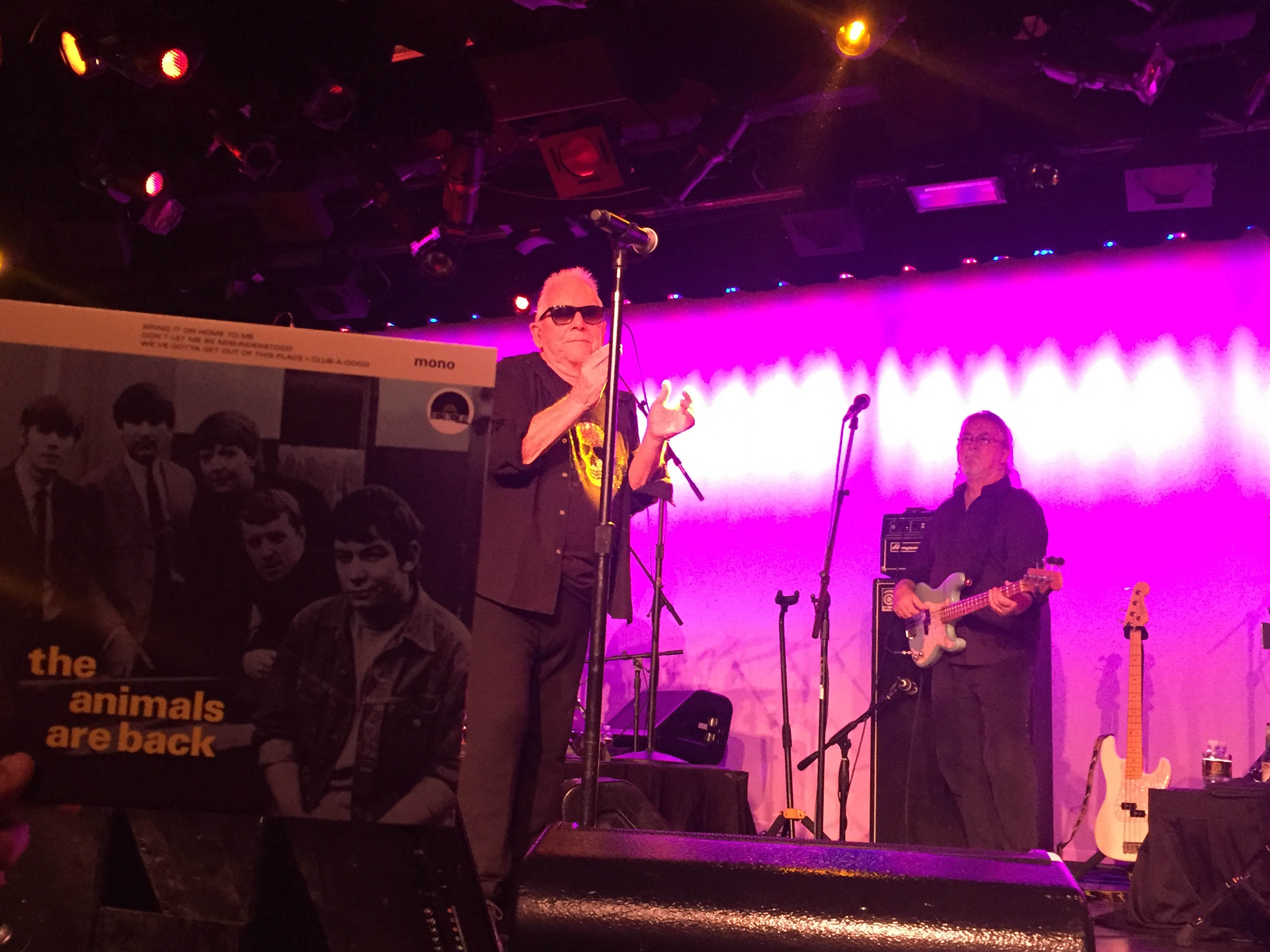 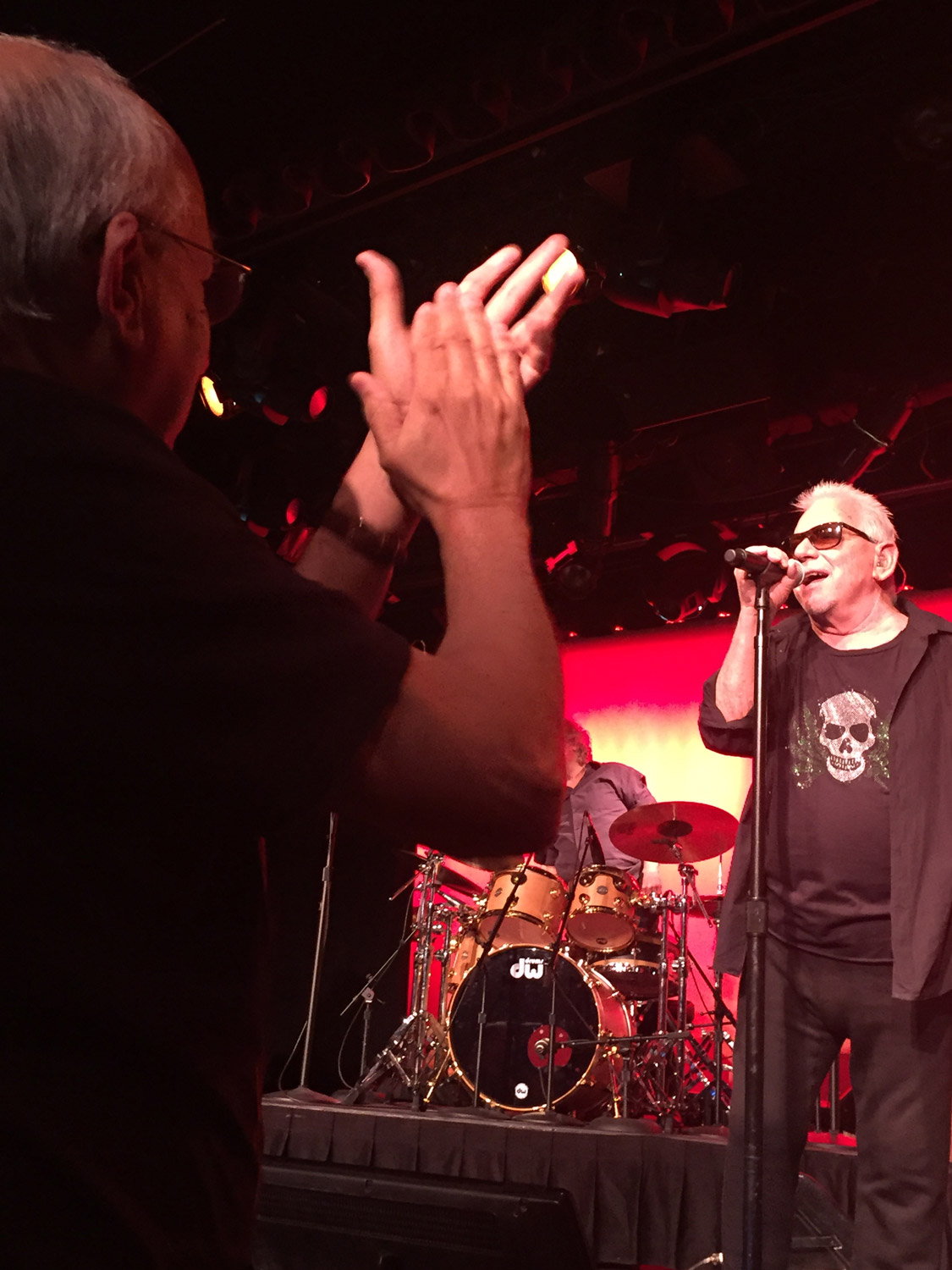 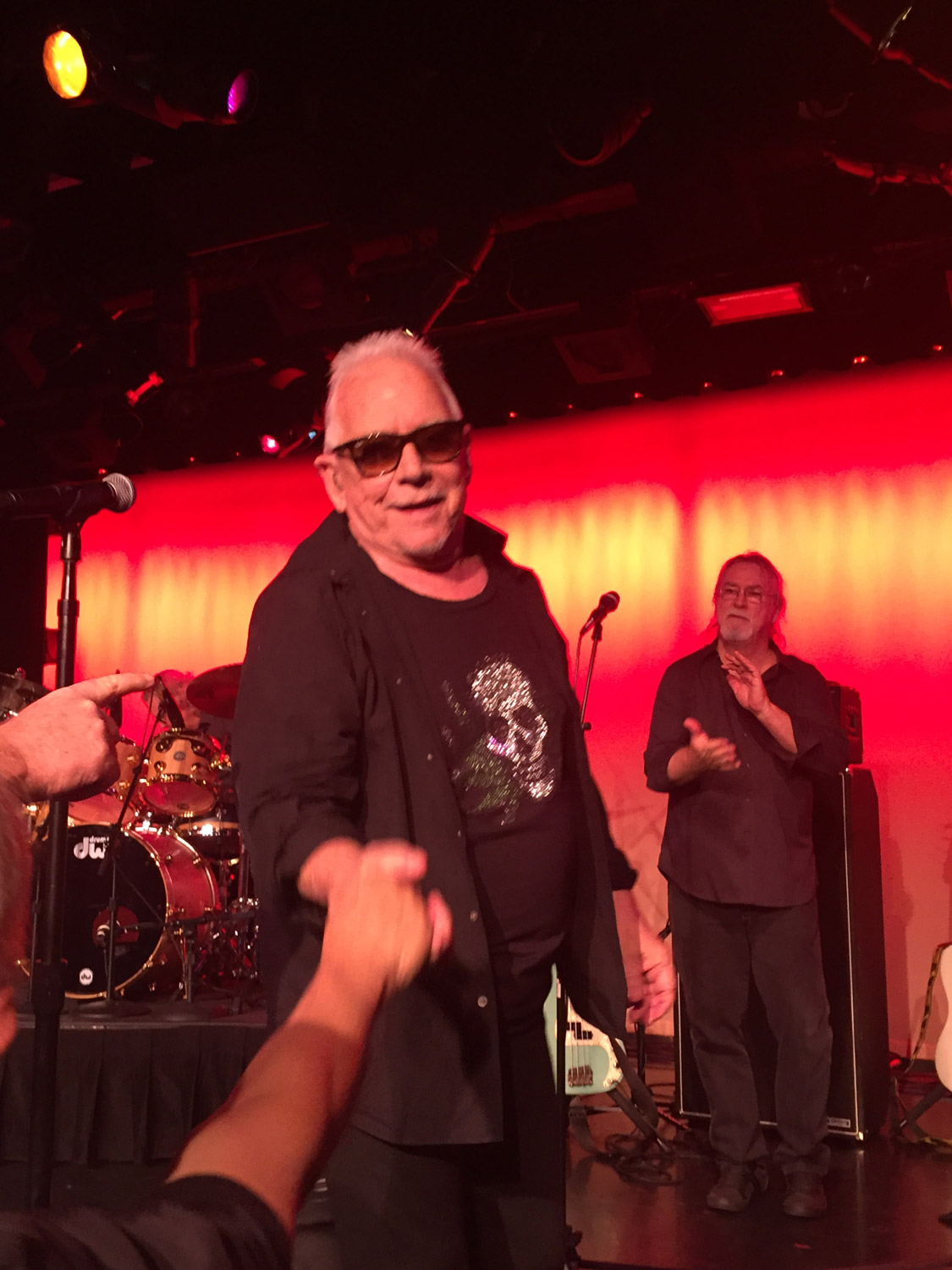