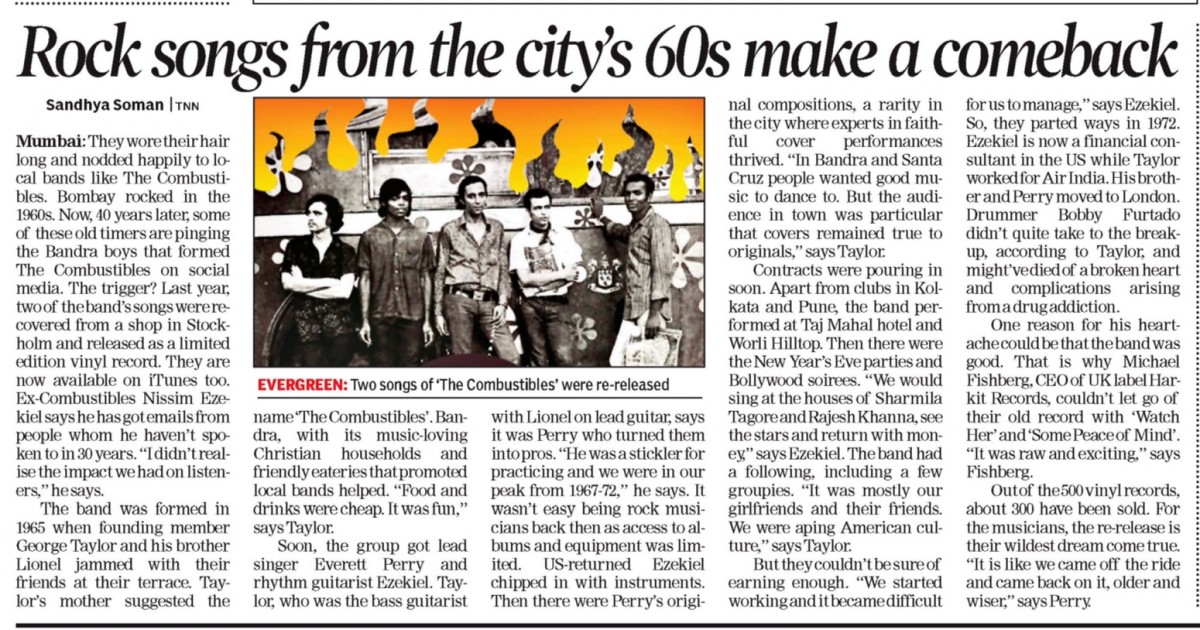 A feature story on The Combustibles – Rock Songs From The City’s 60s Make A Comeback – appeared in The Times Of India (Mumbai Edition) on March 19, 2014, and was repeated in other city editions the next day. Times Principal Correspondent Sandhya Soman highlights the re-issue of the band’s single by Harkit Records in London in July 2013 and the recent availability of Watch Her & Some Peace of Mind for download on iTunes.

“They wore their hair long and nodded happily to local bands like The Combustibles. Bombay rocked in the 1960s. Now 40 years later…” — Sandhya Soman, TOI

“In Bandra and Santa Cruz people wanted good music to dance to. But the audience in town was particular that covers remained true to originals.” — George Taylor

“It is like we came off the ride and came back on it, older and wiser.” — Everett Perry