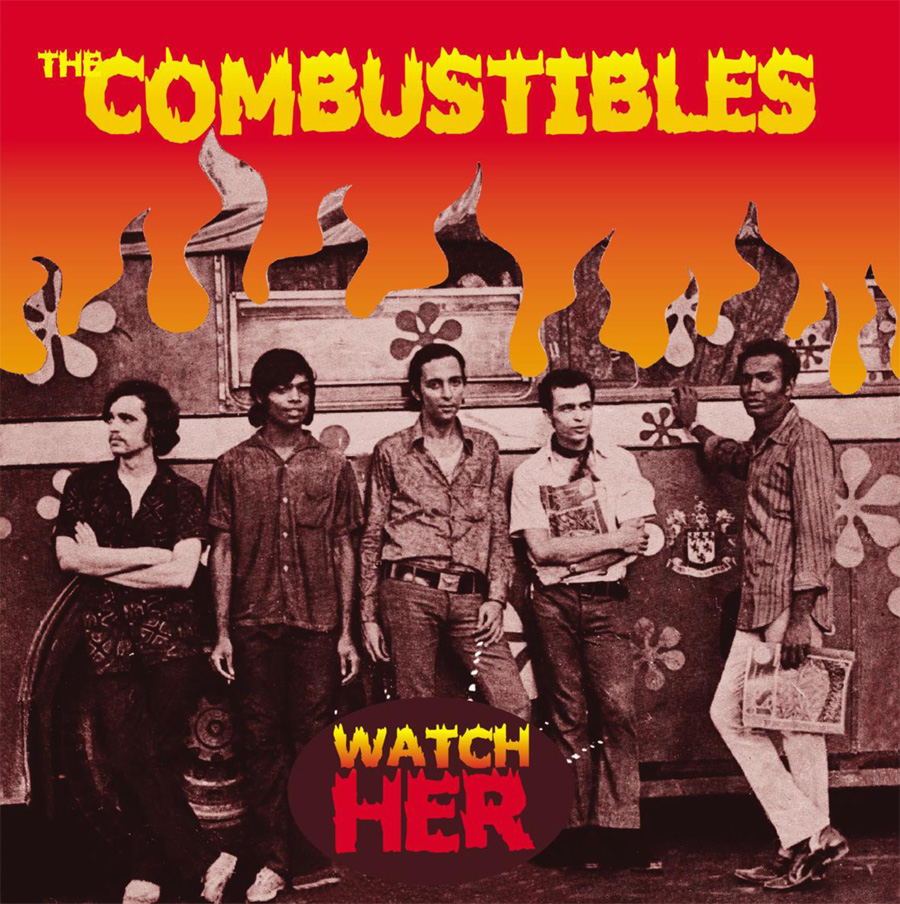 Harkit Records of the U.K. has announced the re-release of the music of Bombay’s 1960s rock band, The Combustibles, on July 5, 2013, in London, England (http://www.harkitrecords.com/main.html). Two of the band’s original songs, Watch Her and Some Peace of Mind, have been re-mastered to 21st century standards at Classical Record Productions (UK) (http://www.classicalrecordproductions.co.uk/), by Adam Binks, and will be released in true stereo as a special limited edition 7” vinyl record in a colour sleeve and with liner notes by members of the original band. The Combustibles single was among 450 limited edition releases which were included in the list for Record Store Day (UK), April 20, 2013 (http://www.recordstoreday.co.uk/exclusive-products/2013/).

The music of The Combustibles will be seeing the light of day again after four decades due to the commitment and perseverance of the CEO and Founder of Harkit Records, Michael Fishberg.  Having heard the long-out-of-print 45rpm single of the band in a record store in Stockholm (Sweden), Mr. Fishberg – a long time visitor to India – began a two year long effort to locate members of the band and access the best available vinyl copies of the original releases (as the master recordings had long since become unavailable even to the band). Following the re-mastering of the original recordings, the final step was to ensure acceptance of the release by the organizers of Record Store Day (RSD), a process that was only completed in mid-March. Given the limited availability of vinyl pressing plants, the actual release of The Combustibles 45 rpm was re-scheduled from RSD 2013 (April 20th)  to July 5, 2013.

Many Indian bands of the 1960s thrived on playing covers of classic hits, but The Combustibles were unique in featuring multiple original compositions in their live performances. Driven by the creativity of song-writer and vocalist Everett Perry, songs such as Watch Her, Some Peace of Mind, There’s A Love, Hey Doc and Cold December became a staple of the band’s set-list. Founded in 1967, The Combustibles at their peak in 1969-72, included founding brothers George (bass guitar) and Lionel Taylor (lead guitar), Nissim Ezekiel (rhythm guitar) and Bobby Furtado on drums.

Headliners at major Bombay clubs such as Blow-Up (at the Taj Mahal Hotel) and Hell (at Hiltop Hotel in Worli), the band was also a fixture at rock concerts at the large Shanmukhananda Hall, high-profile social events such as The Navy Ball, and at New Year’s Eve dances across the city. Watch Her and Some Peace of Mind are the only publicly released recordings from the band’s first session in early 1970, at a small studio at Worli in the south of the city. The music still keeps the band’s surviving members (Everett and Lionel in England, George and manager Godfrey Uttanwalla in Bombay, and Nissim in Las Vegas) in close contact.

The Combustibles 45 rpm single will be available from select independent record stores in the U.K., as well as online directly from Harkit Records, from Amazon.com (U.K). and Amazon.com (US), and from other re-sellers such as Rough Trade (http://www.roughtrade.com/albums/74542) and Banquet Records (http://www.banquetrecords.com/hrks8430).

Harkit Records (http://www.harkitrecords.com/) is an Independent Record Company – based in the U.K. – specializing in film and TV soundtrack scores, with occasional specialized limited edition vinyl record releases. Its recent releases include the original soundtrack from “Dr. No” the first film in the James Bond series – as well as “From Russia With Love,” and the soundtracks from two popular TV series, “Burke’s Law” and “Honey West” on one CD.  Its other major releases include soundtracks from famous movies such as “Barbarella” “Breakfast at Tiffany’s,” “West Side Story,” “The Big Country” and “Vanishing Point.”

Record Store Day (http://www.recordstoreday.co.uk/) came into being in 2007 when over 700 record stores in the USA came together to celebrate their unique culture. The U.K. followed suit and 2013 will see the sixth celebration of the U.K.’s unique independent sector. This is the one day that all the independent record stores come together with artists to celebrate the art of music. Special vinyl and CD releases and various promotional products are made exclusively for the day and hundreds of artists across the globe make special appearances. 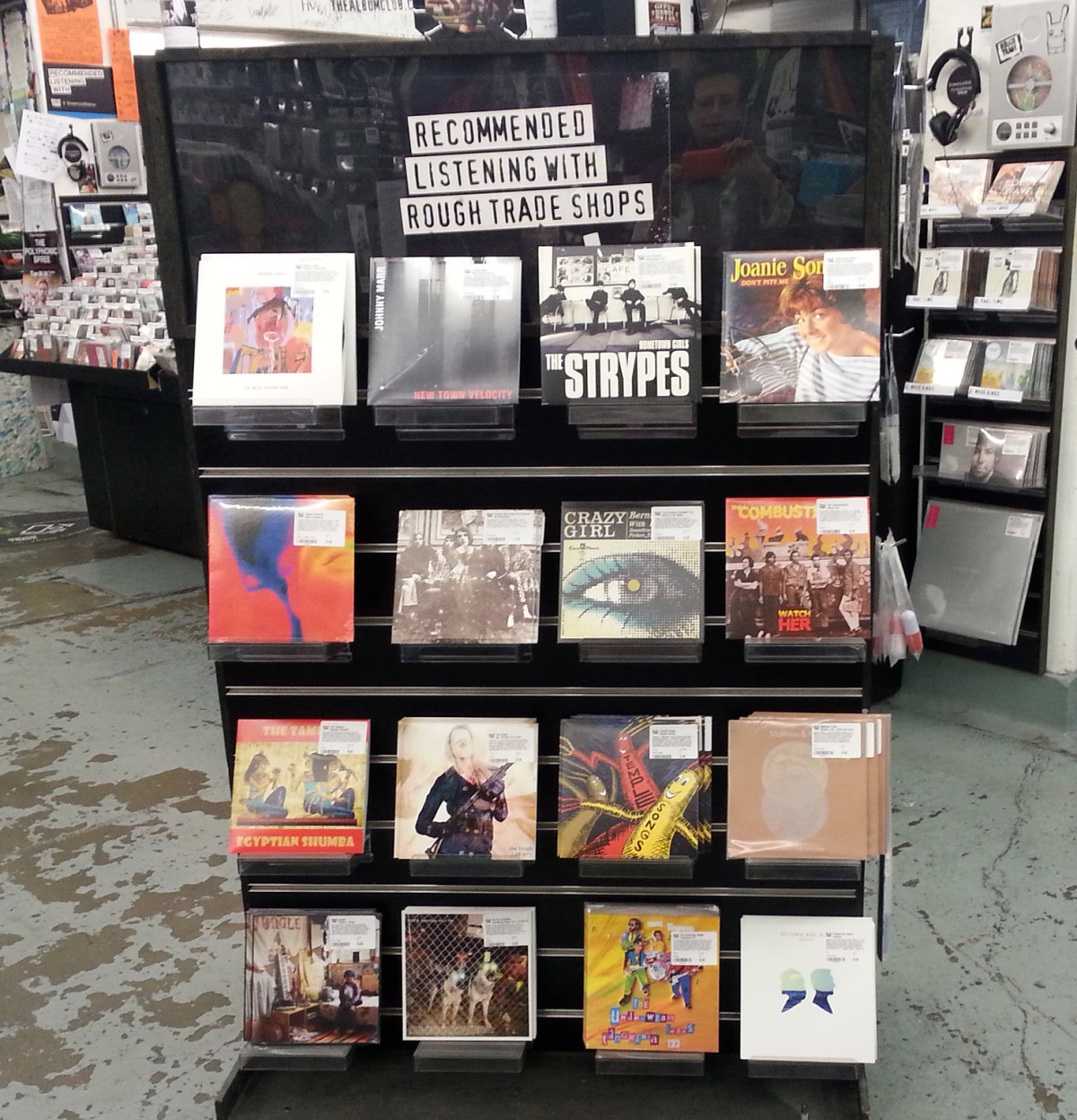 Great to hear The Combustibles again.

From all of us who are still enjoying our rebirth, i.e. George, Lionel, Everett and me (Nissim) we truly appreciate your comment and your memories of those great times with us and all of the incredible bands you mention. Thanks for getting in touch – hope you enjoy our re-issue now available on iTunes also – and Keep Rocking!